Faith Presbyterian Church is a community of believers seeking to experience the reality of biblical fellowship as they follow the biblical (reformed) teaching. We believe that God is working in our midst, despite our shortcomings, and we expect that the Lord Jesus will send his blessing upon us as we faithfully follow him. Christ is pleased to build his church through the work and prayers of its members. We know that our God is great, and thus we know that our prospects are great. We invite you to participate with us in the work of building a church faithful to Christ and the Scriptures, true to our Reformed and Presbyterian heritage, zealous for the salvation of the lost, overflowing in love for God and his people.

Early in 1976 George Anderson, the manager of a local Christian radio station, and Bob Youngblood, vice-president and academic dean at Allegany Community College, discovered that they shared a common concern: the lack of a church in Cumberland faithful to the Scriptures, teaching the Reformed faith and obedient to the Great Commission. Faced with the luke-warm liberalism of the mainline churches over against a strict, baptistic fundamentalism in the conservative churches, they voiced their frustration by sending a letter to the home missions committee of the Presbytery of the Ascension of the PCA, centered in Pittsburgh. The letter consisted of a picture of a church building which was for sale, and a message which basically stated, “Here is the building, let’s get a PCA church here in Cumberland. Over the next few months the presbytery began to consider the possibility of planting a church in Cumberland.

Finally, the decision was made to begin with a Bible study to see if there was enough interest and support for starting a new church. In October of 1976, Dale Linder, a young pastoral candidate under the care of presbytery, began traveling down to Cumberland from his home in Pennsylvania to lead a Bible study. Beginning with approximately 18 people, the Bible study grew to more than 40. As the Bible study grew, so did the desire to start a new church. The members of the original Bible study were struck by the depth of relationships they developed through their meeting together, and they began to sense a vision of what true biblical community and fellowship was all about. The group began to hold worship services in the Holiday Inn downtown. When the church was formally organized as a particular church at a worship service on February 5, 1978, the charter members chose for their name “Koinonia Presbyterian Church” (from the Greek word for “fellowship”). They also chose for their first ruling elders George Anderson and Bob Youngblood, and called Dale Linder to be their first pastor. Though conditions at the Holiday Inn were less than ideal, the Lord was pleased to bring visitors, and the church continued to grow. Some people came to Christ for the first time, others experienced a renewal of their faith, many gave selflessly to meet the growing needs of this new congregation.

In August of 1978 the church bought 57 acres of property on a mountain off Cash Valley Road in LaVale. Dubbed Koinonia Mountain, the members dreamed of building a conference and retreat center in addition to the church facility. The excitement and dreams of the new church grew with the church. But those first few years were not without their challenges. Within one year of formal organization both ruling elders were transferred out of the community (one to overseas missions). Other families moved out of the area as well, and in September of 1981 Dale Linder was called to a church in Gainesville, FL. For all those who left the area, the Lord continued to bring others to take their place. In December of 1981 Dan Doriani was called to be pastor. In February of 1983 the church sold most of its property in LaVale to buy the former Union Hall for the Celanese plant, left vacant when the plant moved south. On October 23, 1983, the refurbished building at 418 N. Centre Street (originally built as a Jewish synagogue) was dedicated to the glory of the Lord.

The following year brought another significant change: the name of the church. The koinonia experienced by the members was deeply treasured, but the name “Koinonia” was proving to be a barrier within the conservative Cumberland community. The unfamiliar name led many in the community to believe the church was either charismatic or a cult and kept them from visiting and experiencing the real meaning of koinonia. It was a lengthy and difficult decision, and many struggled against giving up the name that so clearly expressed the unique and rich experience of the church. Finally, however, the liability of the foreign-sounding name persuaded the majority of the congregation to change the name to Faith Presbyterian Church.

In the summer of 1985 Bob Newell, a former pastor who had moved to the area to pursue a change of career, was called to be assistant pastor on a part-time basis, to strengthen the ministry of the church at those times when the pastor had to be absent. 1986 saw a major step forward with the election of a board of deacons, but the declining economy of the area began to take its toll in the latter half of the year, as the first of several core families were transferred out the area. Pastor Doriani was himself called to teach in the Bible department at his alma mater, Geneva College, and he left with his family in September. This time the church went for a longer period without a pastor, during which time a few more families also transferred away from the area. In March of 1987 Lee Capper was called to be pastor; in May he moved with his family to Cumberland. In his first few years the church solidified and stabilized; the upturn in the economy of the region also provided some encouragement. In February of 1988 the church held a 10 year anniversary celebration, which seemed to spark a renewed vision and sense of mission. 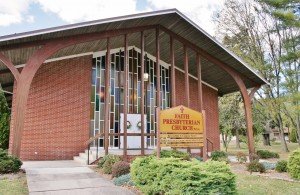 With the advent of the 1990’s, the church began to experience a pattern of steady growth, with several new families coming to share in the worship and work of the church. This growth stretched the capacity of the Centre Street building, particularly in the area of Sunday School. A long-range planning committee was appointed, a consultant from the PCA engaged, and much prayer was offered for future direction. In the winter of 1993 (shortly after the 15 year anniversary celebration) the congregation voted to put the Centre Street property up for sale and to look for a larger facility. Within two months of the building being on the market a contract was received, and the sale was completed in September. That same month the church began to worship at 800 Hill Top Drive, renting the building of the Seventh-day Adventist congregation. During the five years as a tenant, the church continued to grow, expanding its membership, ministry and budget. The church mission and purpose statement were crystalized in writing in anticipation of future growth. In November of 1998 the church purchased its current property at 103 Mustaphal Drive in LaVale, to which an educational wing and expanded parking were added in 2004. In August 2000 our church sent its first summer mission team of teens and adults to Ciudad Victoria Mexico. This ministry continued for six summers as we developed a close relation with the churches and missionaries in that city. In 2010 Ruling Elder Roy Chisholm was certified by MTW to lead medical mission teams, and that summer we sent our first team to Trinidad. Since that time we have continued to send out teams every other summer usually with both a medical and construction/educational component.

In 2001 we began a holding worship services and bible studies with some inmates inside the Western Correctional Institution in Cumberland. On Easter day, 2002, we received our first members and formally constituted the work as a mission church, with which we continue to support to this day. In 2009 we began English as Second Language (ESL) classes, with a small but community-recognized and growing program. In 2009 Pastor Capper was appointed instructor in Greek at Ukraine Biblical Seminary, Kiev, Ukraine, a yearly commitment. We continue to look to the Lord’s sovereign care for our ministry, with the hope that the work God has begun will continue to prosper to the Lord’s ever-increasing glory.